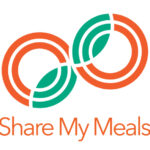 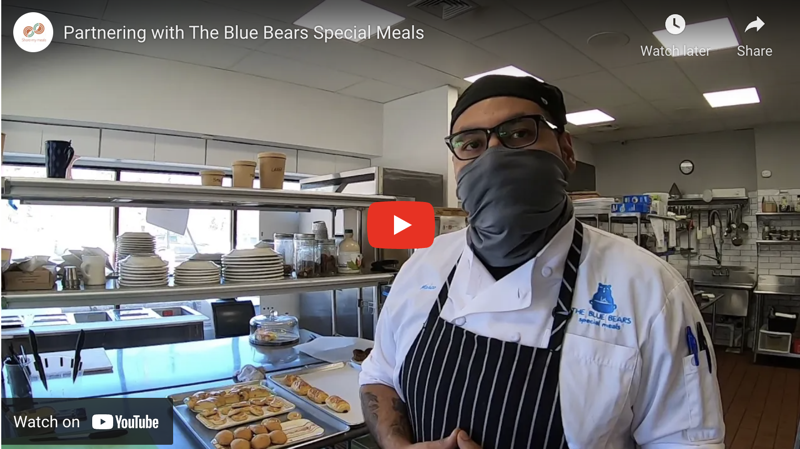 The Blue Bears Special Meals restaurant has been partnering with Share My Meals, cooking healthy meals every Monday for the food insecure people of Montgomery and Princeton.The partnership started in March and will end on May 31. At the end of the month, The Blue Bears will have cooked 1200 meals for Share My Meals.In […]

Share My Meals Is Working to Make Everyday Earth Day 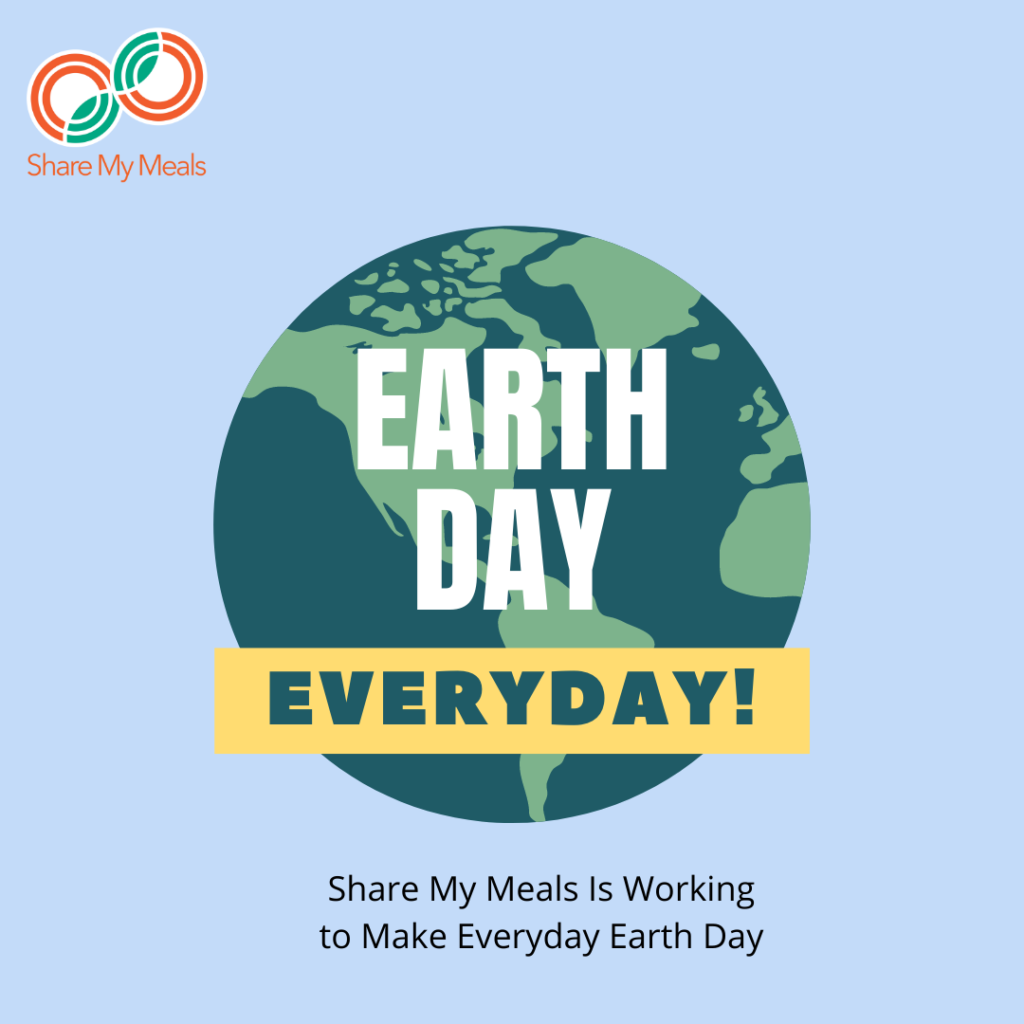 Over the last 15 months, Share My Meals has worked to support our planet by reducing food waste. We do this through a food recovery process that allows recovery and distribution of surplus meals from the cafeterias of local corporations, universities, hotels, and restaurants to food-insecure members of the local community.  The impact of food […] 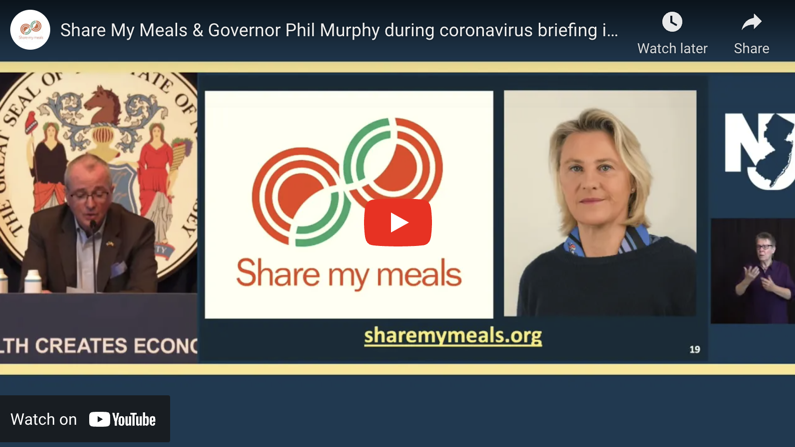 On April 21, during the coronavirus briefing in Trenton Governor Phil Murphy spoke of Share My Meals. Watch the video Read the transcript “I also want to give a shout-out and a thank you to the Princeton-based nonprofit Share My Meals which is headed up by that woman, Isabelle Lambotte.  Share My Meals combats food […]

Video: You Can’t Experience Poverty From Behind The Screen of Your Computer 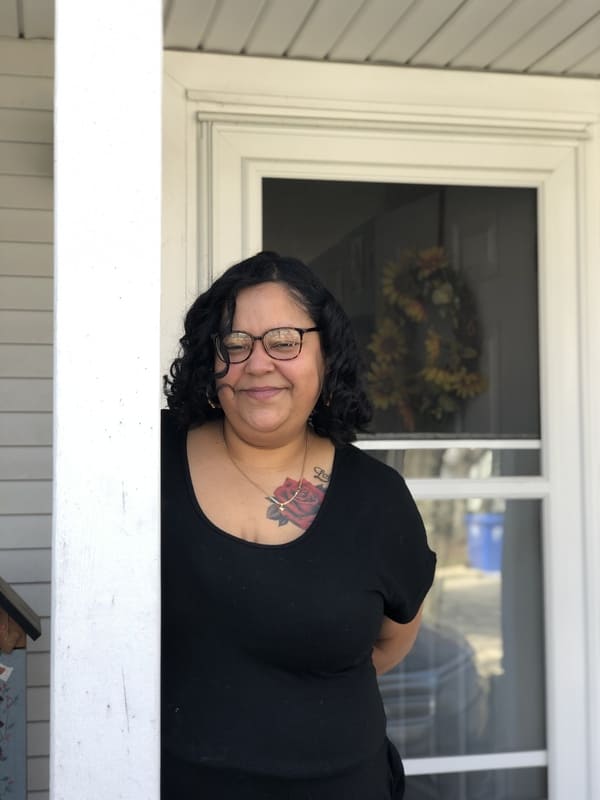 Vanessa Solivan works three jobs, yet she was homeless until the Housing Initiatives of Princeton (HIP) helped her relocate to her current condo.In a recent video interview with Share My Meals, Vanessa, a client of the Princeton nonprofit, shares her struggles. “I was born and raised in Trenton, New Jersey. I’m a single mother of […] 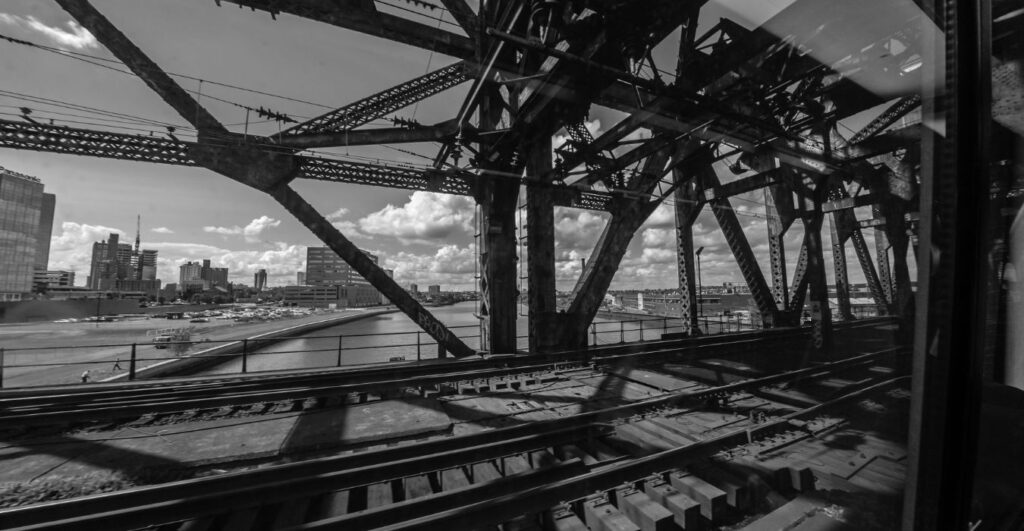 Share My Meals is working with the Iglesia Evangelica Emanuel Camino De Santidad of Trenton, NJ and its pastor Noe Gomez to feed about 50 people in Trenton.Members of the church came for the first pick-up in Princeton on March 19th.Floridalma Martinez and Arcadio Perez helped Pastor Gomez load 10 trays of meals prepared by […]

The Shocking Truth About Food Insecurity 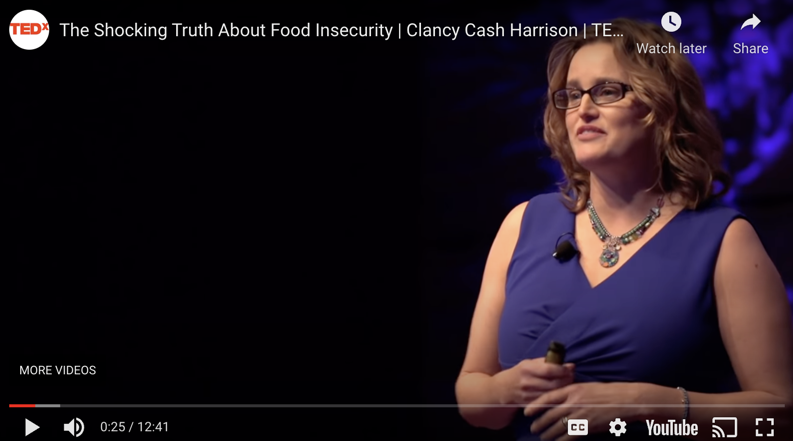 Our Board Member, Elisabeth Calvarin found this video so enlightening that we decided to share it with you all. This is a 12 mn talk by nutritionist Clancy Cash Harrison. 20% of kids are plagued by food insecurity – they lack reliable access to nourishing food. As a nutritionist, Clancy’s mistake was assuming people had […] 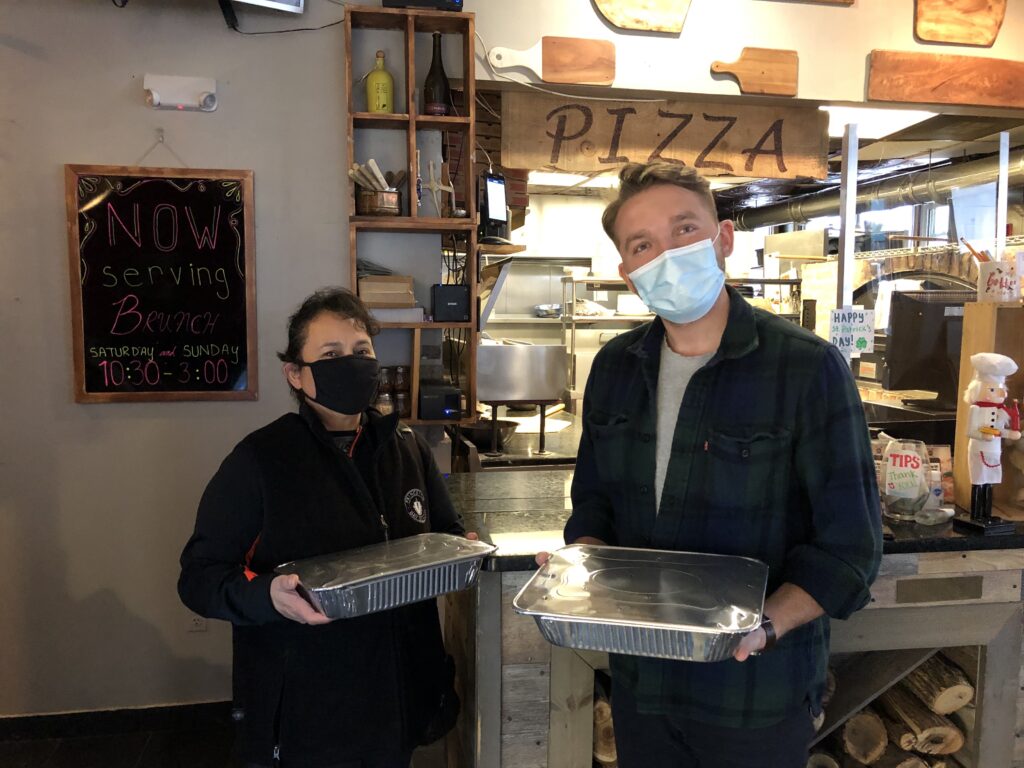 The organization is calling for local volunteers Princeton, NJ – March 2, 2021 — Share My Meals is announcing the broadening of its activities from Princeton to Lawrenceville, NJ, and the addition of the fifth restaurant to its network of food suppliers. On March 1st Fedora Cafe will start preparing healthy meals for the food […] 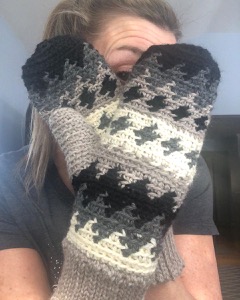 Cheryl Ziegler, an instructor at Apart | Together in Motion (www.ATinMotion.com) and owner of Inspired by Ida Crochet (@Inspired_by_Ida_Crochet) has made 3 pairs of the much asked about “Bernie Mittens.” However, instead of selling them, she decided to raffle the pairs off and donate all proceeds to Share My Meals. If you would like to […] 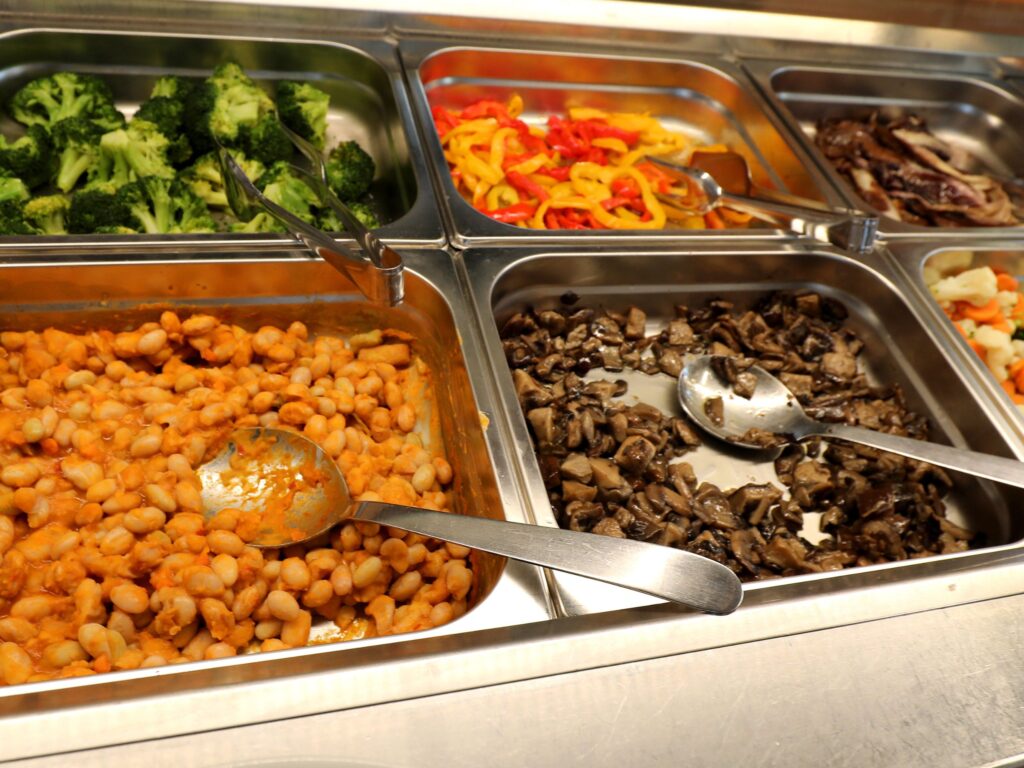 2020 was a difficult year on so many fronts. Yet in its first year, Share My Meals quickly pivoted its work, elevating its support for the food insecure in Princeton. Share My Meals with the support of its amazing team of volunteers was able to: Deliver more than 43,000 healthy meals to more than 100 […] 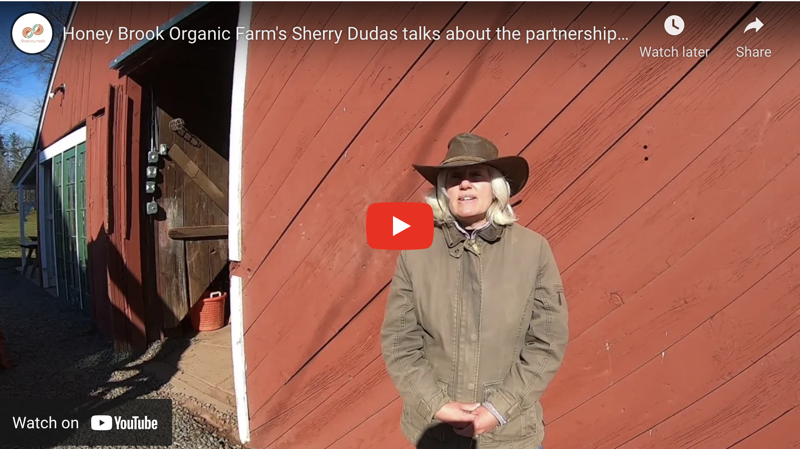 Watch a video interview of Sherry Dudas the Farm Manager at Honey Brook Organic Farm.Sherry talks about how together with her husband Jim they started farming here 30 years ago. At the time, Jim was the first farmer to bring the community-supported agriculture concept to Mercer County.In 2021 Sherry and Jim will be moving to […] 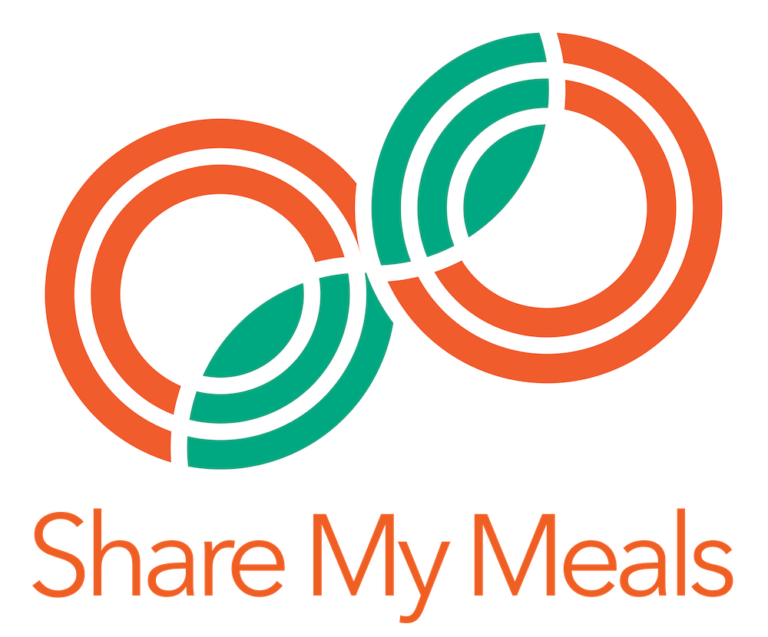